Larry Jaffee will be on" Red Velvet Media Blogtalk Radio" August 31st 2018 talking about the event MAKING VINYL ! Tune in ! 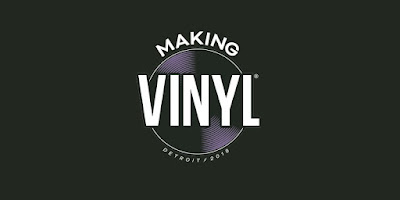 Co-producing Making Vinyl is a dream come true for Larry Jaffee, who bought his first record as a 14-year-old (the Rolling Stones’ Hot Rocks), the start of a lifelong obsession. Based in New York, Jaffee first wrote about the music industry professionally while he was still in college. His writing has appeared in The New York Times, Rolling Stone, Vibe, Record Collector, Wax Poetics, Wire, The Word, The Audiophile Voice, Billboard, Tower Records’ Pulse, Popular Music & Society, BMI Music World, The Wiz Beats, The Beat, Good Times, amNY, Mother Jones, Hollywood Reporter, and High Fidelity, among other publications. He is a contributor to Rock’s Backpages (https://www.rocksbackpages.com/Library/Writer/larry-jaffee).
Jaffee edited a CD/DVD trade magazine called Medialine from 1998-2005, and was conference director of the annual Entertainment Media Expo in Hollywood. In 2003 Jaffee founded the Alex Awards in honor of Alex Steinweiss, who created Columbia Records’ first album cover in 1939, which is returning at Making Vinyl after an 11-year hiatus. He’s worked as a publicity and promotion for various musicians, dating back to 1978 when he stocked Long Island bar jukeboxes and radio stations with a local band’s 45-single. He also wrote the liner notes to the surround/Monster Music release of George Benson/Al Jarreau’s Grammy-winning album Givin’ It Up.
When he’s not spinning vinyl or combing record bins at thrift stores, he’s teaching as an adjunct professor media studies at the New York Institute of Technology and St. Joseph’s College or working on his 25-year-old quarterly fanzine about EastEnders, the popular British TV series
at August 31, 2018

Working in many fields from painting and architecture, to typeface, furniture and stage design. UK artist Roger Dean is perhaps best known for his album covers for groups such as Yes, Asia, Osibisa and Pink Floyd.

More than sixty million copies of Roger's images have been sold around the world, as album covers, posters, cards, calendars and books.

His work has been exhibited in many galleries and museums, including the V&A, The Royal Academy and The Royal College of Art. In 2010, the Daelim Contemporary Art Museum in Seoul, Korea, held a major retrospective of his work.

Roger studied at Canterbury College of Art and then between 1965-1968 at The Royal College of Art, where he received a first for his Master's Degree and a silver medal, for Work Of Special Distinction.

He has since been awarded an Honorary Doctorate by the San Francisco Academy of Art University and an Honorary Fellowship by the Arts Institute of Bournemouth.

With his brother Martyn, Roger has formed two publishing companies and also developed architectural prototypes, which have been exhibited at the National Exhibition Centre, Birmingham. Since 2007, he has worked with his daughter Freyja on projects such as the sets and costumes for the 150th anniversary of the Puccini Festival.

Not only being referenced in countless films, his work has inspired generations of students who have gone on to become professional designers and artists as well as demonstrating the importance of never going anywhere without a sketchbook and pencil. 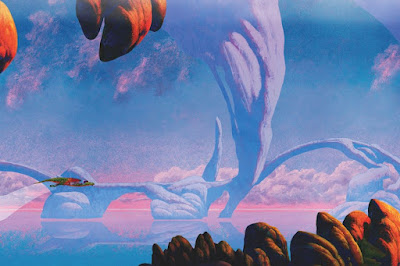