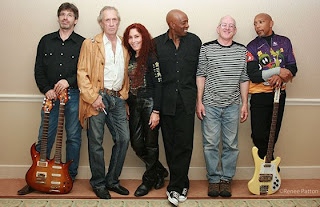 The concert, presented by Red Velvet Media, marked a rare Southern California appearance by the band, which featured Carradine and the Cosmic Rescue Team.

Renowned actor and musician David Carradine and his band , and special appearance of his brother Robert Carradine (Bobby) appeared at the Seventh Annual Conscious Life Expo in Los Angeles for a special pre-Valentine's Day concert in Los Angeles on Friday, February 13th .

David did some story telling as well as play Music ....This was a great show for fans and new comers to the World of David Carradine..


David then did a symposium on Sunday Febuary 15 entitled "Spirituality in the Arts." He shared his own experiences with attendees and discussed how throughout history, people have used art and music as a means to express their spirituality heal our bodies and our communities.

Check out all of Red Velvet Media's Up & coming events
at February 18, 2009 No comments: 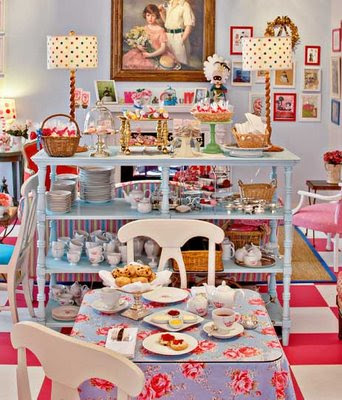 While Searching for the perfect place to relax and feel like I were at home, I came across this most amazing place.. I am planning a party here as they love to have parties all the time ...To make resvertations call the Tea room at 415-771-4252

Welcome to Crown & Crumpet, a stylish room with tea and wit, in fabulous Ghirardelli Square in San Francisco. The delicious food and libations will transport you to a classic, traditional tea salon in England, but the stylish and vibrant décor tells you this is not a stuffy, Victoriana “ye olde tea shoppe.”

Built on the love and consumption of many cups of tea the world over, owners Amy and Christopher Dean invite you to slow down and enjoy the tea experience with friends, family or on your own. Forget about that cup of coffee and step inside the world of Crown & Crumpet, a spirited, delicious, and sometimes cheeky, room with a view, serving the world’s most popular drink — second only to water. 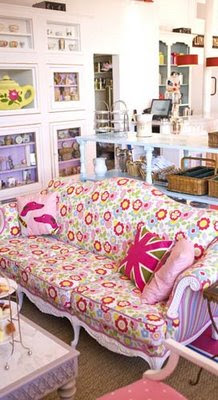 Pastry Chef Caroline Romanski is a veteran of some of the Bay Area's best including Oliveto, Stars, The Blue Fox, La Farine bakery, Arlequin, Cafe Monk, Bay Bread Boulangerie, Bittersweet Cafes, and most recently Patisserie Philippe. She also worked on the East Coast at the Ritz-Carlton Hotel Tyson’s Corner and Lespinasse Restaurant in the Washington, D.C. area. Miss Romanski graduated from the California Culinary Academy in the mid 80's and furthered her training in Copenhagen, Denmark.
Crown & Crumpet opened in the newly revamped Ghirardelli Square in the heart of old San Francisco in late September 2008. A destination tearoom known for top-quality food and excellent libations, all with the style and charm that one finds in modern day Britain. Crown & Crumpet infuses tradition with a large dose of panache and humor. There is no ‘Granny’s front parlor’ look for Crown & Crumpet. Renowned English architect and designer Roland Courtenay Bishop has created an architecturally inviting space with a creative interior décor designed by owners Christopher and Amy Dean.
We offer a range of food service beginning with a breakfast selection (10 am) and move on to light lunch and afternoon tea service which starts at 11 am.
at February 17, 2009 No comments: 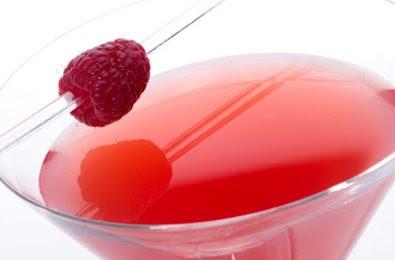 I don’t know about you, but for me Valentine’s day is not about a $200 bottle of wine or a dinner reservation that took months to get, but instead, a festive ritual meant to be spent with the one (or ones) you love in whatever way you chose to celebrate each other.

Of course, nothing adds to the merriment like an organic cocktail made just for the occasion. Newlyweds Jay Esopenko and Melissa Gugni, owners of Drink Event Bartending in San Francisco, have designed a couple especially for us. Enjoy!

Combine all ingredients in a shaker with ice, shake vigorously for 10 seconds and strain into a cocktail glass. Float 3 fresh cranberries for garnish.

Remove the leaves from one sprig of thyme and add with 5 raspberries to a shaker. Muddle. Add lemon juice, simple syrup and ice. Shake vigorously for 10 seconds and strain into a hi-ball glass filled with ice. Top with sparkling water and garnish with a raspberry and sprig of thyme.

Another day to remember is Global Love day on May 1st,2009
It is our vision to unite one and all in a celebration of love and compassion. We honor each May 1st as a symbolic day of unconditional love and call upon all people and all nations to gather together in the wisdom of peace and love.

Global Love Day is the universal recognition of our innate oneness through love. When we come from this limitless love we naturally and easily embrace ourselves and our fellow humanity. Opening our heart, we allow unconditional love to be our guide and compassion to be our gift to life.

We invite you to celebrate with us by consciously focusing on love and what it means to you throughout this day. We hope that by practicing love in all areas of your life, you will find it easy to love unconditionally all year long.

Our main theme explains it best...

Save a Little Love for the Planet on Valentine’s Day 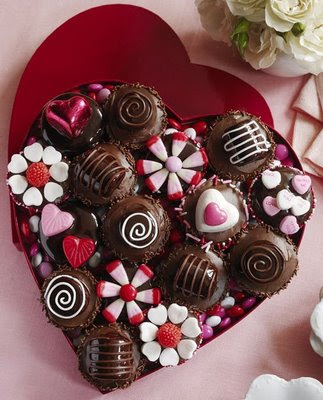 Save a Little Love for the Planet on Valentine’s Day

free trade chocolatesValentine’s Day is fast approaching! February 14th is Saturday and you want to be prepared, but while you’re at it why not show some love for the planet too. It doesn’t take much to green your Valentine’s gifts and festivities. You will be surprised at how much love you can spread around the world. Here are some great tips you can use to show your loved one you care about them, and the planet.

2. Make your own valentine cards with recycled items and things from nature such as dried flowers, satin ribbons, fabric hearts.

3. If you like to dine by candlelight dine with eco-friendly fragrance free candles. Beeswax or vegetable based candles that are biodegradable and smoke-free are a good choice.

4. If you drink wine or champagne make sure it’s the organic kind and if there is a vineyard near by buy from there. You will be supporting a local business, cutting down the use of packaging for shipping and probably saving some money too.

5. Buy Organic or fair trade chocolates treats, (if you can buy from companies whose profits go to helping endangered species) or make your own chocolate treats with organic chocolates, nuts and fruits.

6. Buy lingerie made of hemp or organic cotton.

8. Don’t buy a vase of flowers. Buy instead a locally grown potted plant of red roses. Not only is this more environmentally friendly, but they also last longer. You can also go a step further and plant the roses in the ground for your loved one.

9. Gifts that are not materialistic: name a star after your loved one, buy a piece of the rain forest, make a donation in their name, etc.

10. Get really romantic, put on an organic apron and make a home cooked organic meal.
at February 10, 2009 No comments: 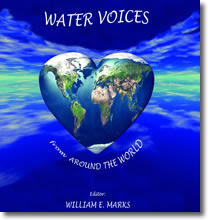 Another very critical event to attend is the one by William E Marks..At the Conscious Life Expo...Friday Febuary 13,2009 6pm to 7:30 pm

Some info on William That is so inspiring...

Mr. Marks is the only official from Martha’s Vineyard ever elected to the Board of the Massachusetts Association of Conservation Commissions (MACC), for the protection of wetlands in over 300 communities statewide. He also received the community “Groundwater Guardian Award” from the international Groundwater Foundation, which was presented by Gilbert M. Grosvenor, Chairman of the Board of National Geographic Society. He is also recipient of the "Water Hero Award" from the World Water Rescue Foundation, and is an international water advisor to the Board of the Women International Coalition Organization (WICO) based in the UK.

He founded and published 'Martha’s Vineyard Magazine' and 'Nantucket Magazine' for 6 years. Both magazines had an environmental emphasis. He is author of the History of Wind Power on Martha's Vineyard, and The Holy Order of Water, Healing Earth’s Waters and Ourselves, a philosophical, spiritual, healing book - and writes water articles and poetry for regional; national, and international publications, including 5 articles for The Encyclopedia of Water recently published by John Wiley & Sons, and has been featured on hundreds of radio and television programs, including CNN; MSNBC; ABC; CBS; NBC and many others.

Mr. Marks is Editor/Publisher of Water Voices from Around The World, a book with contributions from profound water researchers and photographers from around the globe.

He continues to conduct water research, travel, perform Native American flute, and speak around the world. He has researched water in 15 countries. He is currently involved with 3 documentaries for television, DVD, and theatrical release in 2009.

What does it mean to “Awaken to Water”. This seminar will provide tools for becoming more conscious about how water affects our health and the health of all life on Earth. Audience participation is included and encouraged – since each one of us has a water story as part of our journey, and can offer knowledge to enrich the experience of the audience.

Topics touched upon in this seminar will include:

* Water’s creation of our universe – science and mythology
* Water as the foundation for all religions
* Our water story – from egg to death
* Vortex energy for healing ourselves and Earth’s waters
* Water philosophy – the paradigm shift in human thought through water over 2,500 years ago
* A new future for humanity and all life on Earth

Water Healing-Including interactive use of toning and Native American Flute

Mr. Marks has researched water healing and management practices in over 15 countries and lived outside for 2 years during a 7,000 mile horseback trek across America entitled “Ride For Nature.” He is an award-winning author who was and is featured on ABC; NBC; CBS; MSNBC; CNN and many international radio and print media. Founder of Vineyard Environmental Research Institute; former owner/operator of a state-certified water-testing laboratory; author of award-winning books, The Holy Order of Water, Healing Earth’s Waters and Ourselves; and Water Voices from Around The World.
at February 09, 2009 No comments: